EXO was one of the exhibits at the 2018 ISM Trade fair.
My Contributions
Sweets is a collaborative project from a team of designers that progressively built upon the ideation and developed into a concept.
My roles were the final stretch of concept development and prototyping. 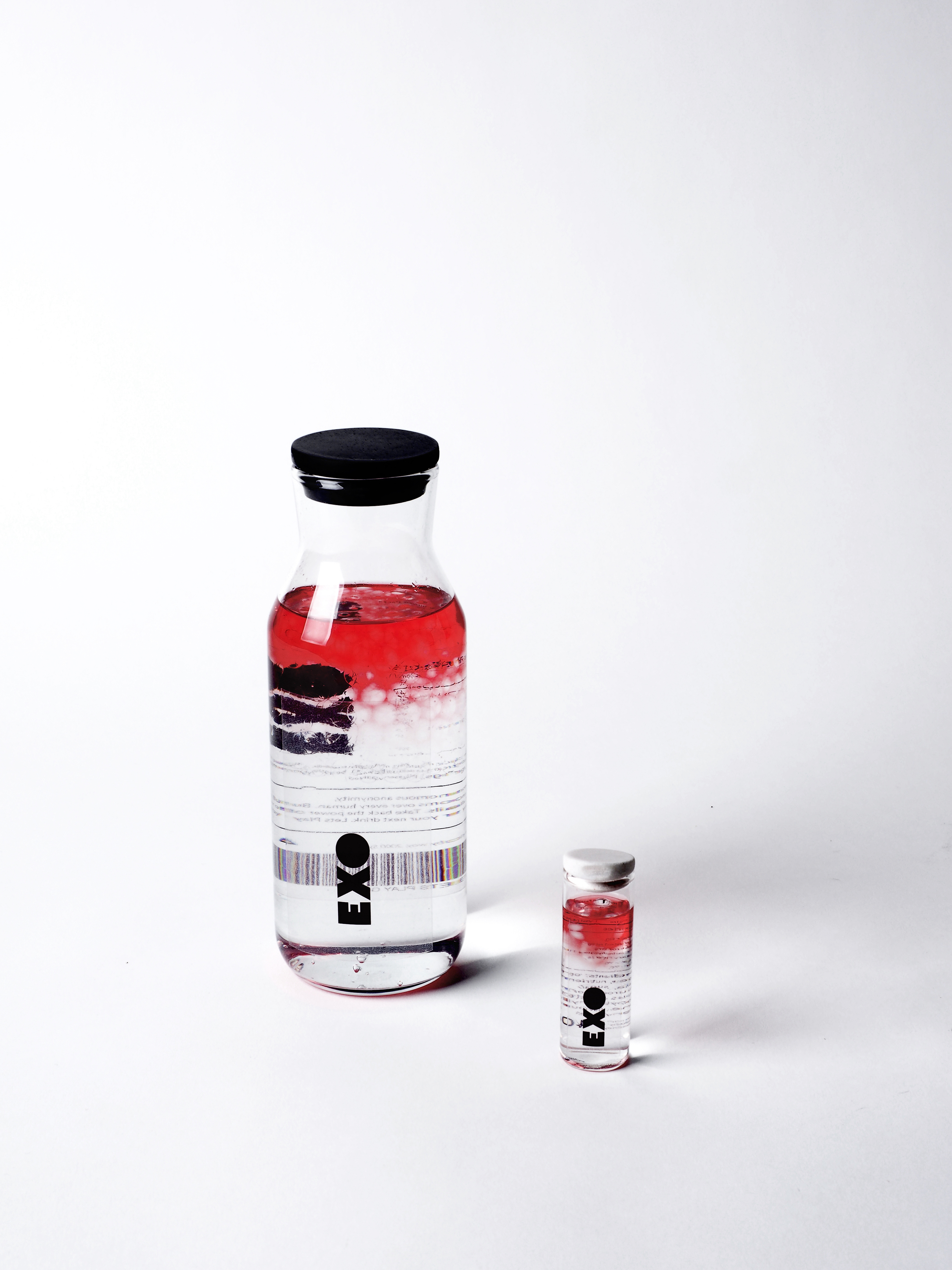 Space travel, utopia, dystopia, and many more literary ideas portray future.  The values of future, even considering gradual changes, may not be in line with present conventions. The product has to reflect such an idea with futuristic standing of conventional values.

The final concept was a drink containing a new species of  an organism cultivated for a period of time. It changes over time and when it completes the required cultivation period, the user can shake the drink , terminating the new species, and drink it.

Starting with the container for the sweet, glass was the obvious choice for the futuristic concept. The sterile and minimal nature of glass was apt for the concept. A layered liquid with tonic water was used as the drink, for UV reactivity and clear polymer beads were added for visual texture to the liquid.
Exo
ISM Trade Fair, Cologne, Germany
2018 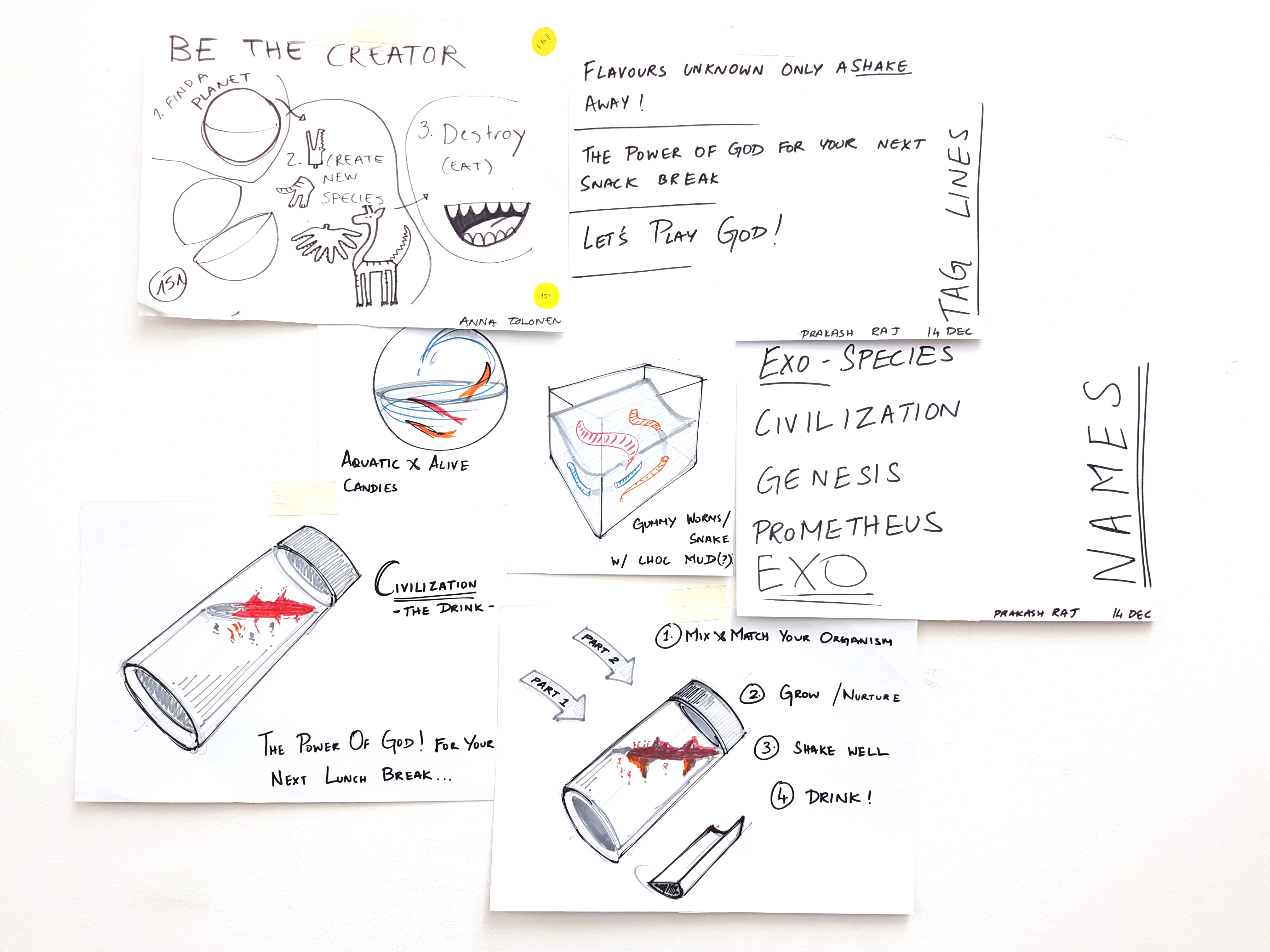 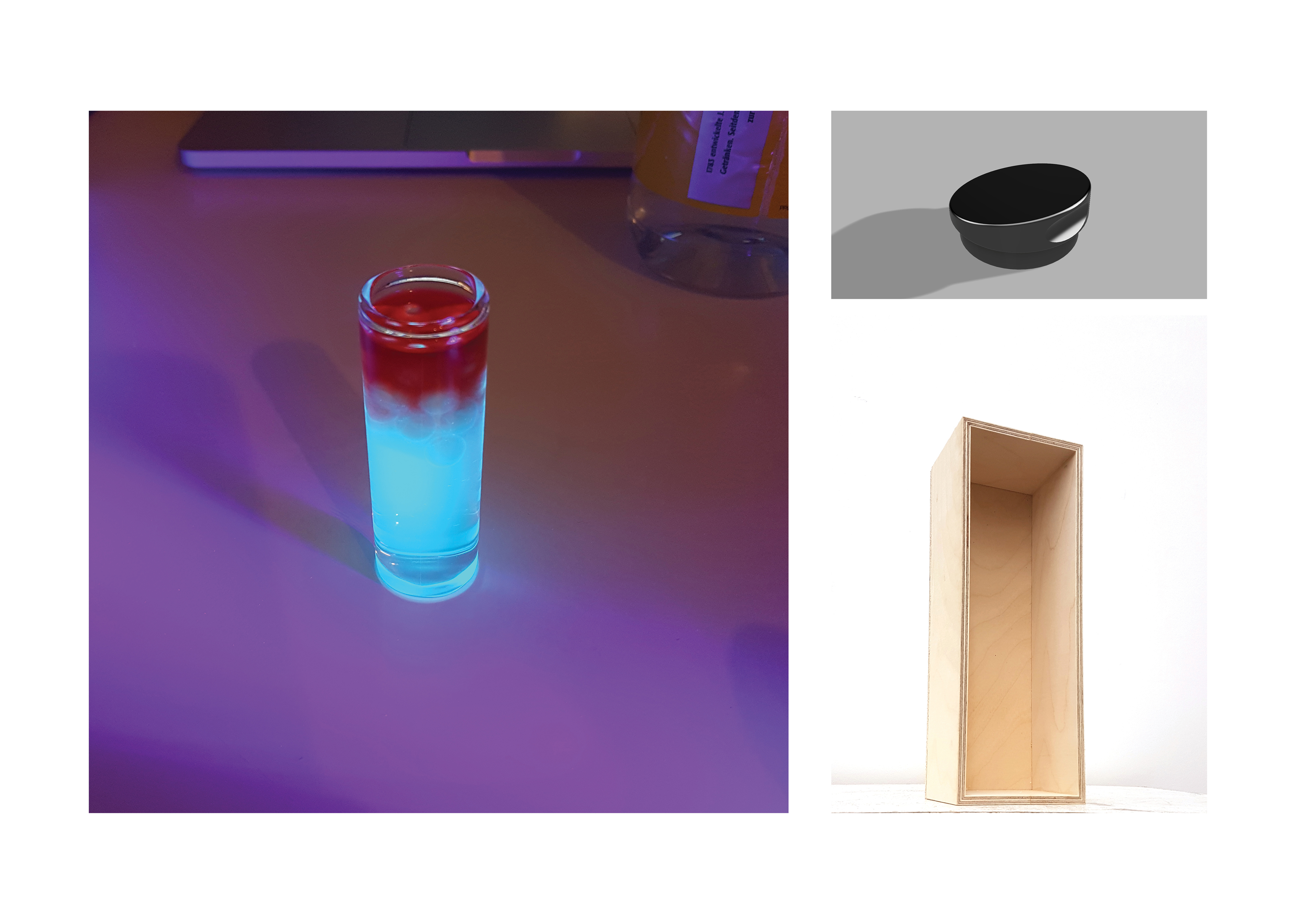 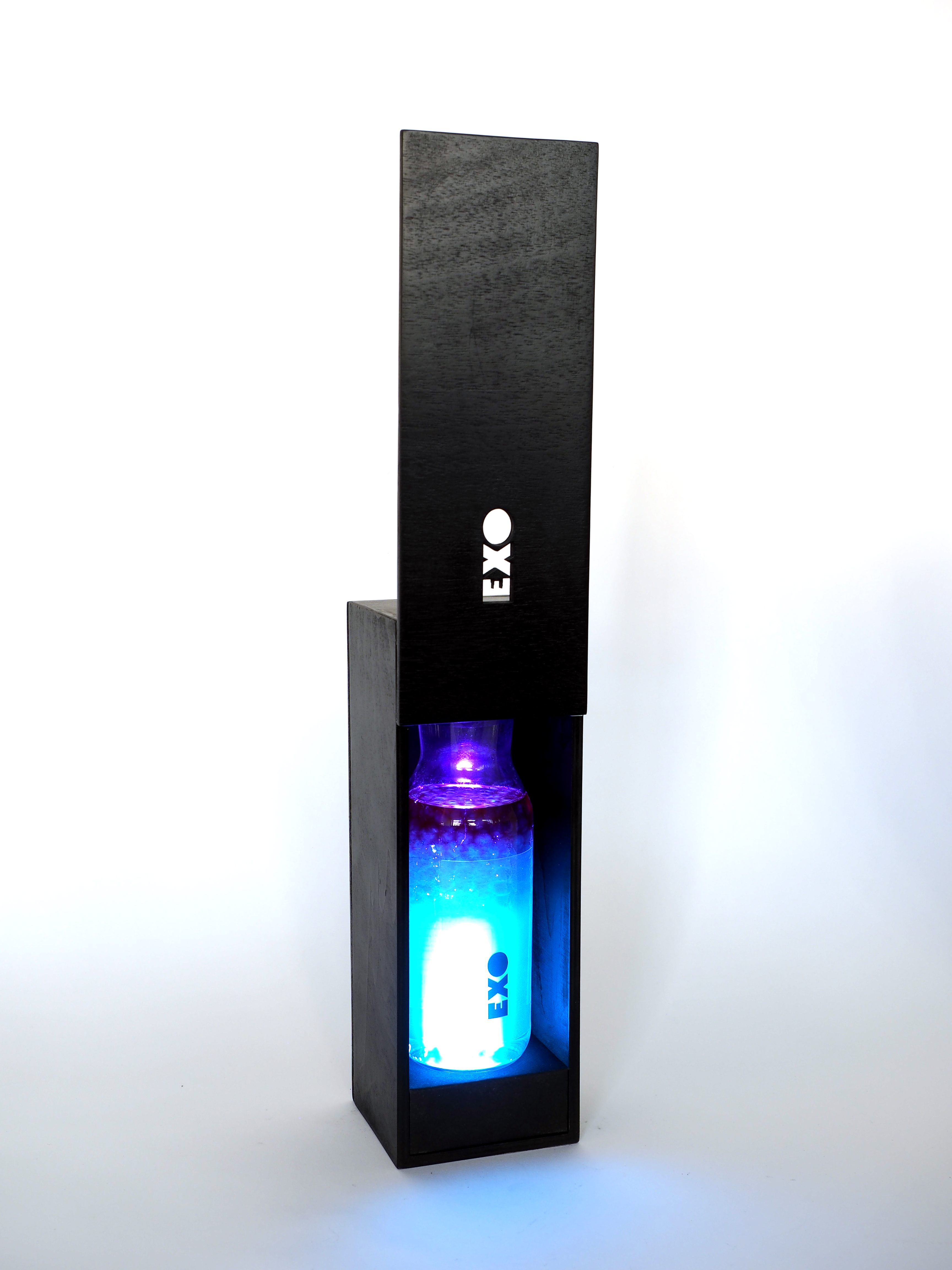 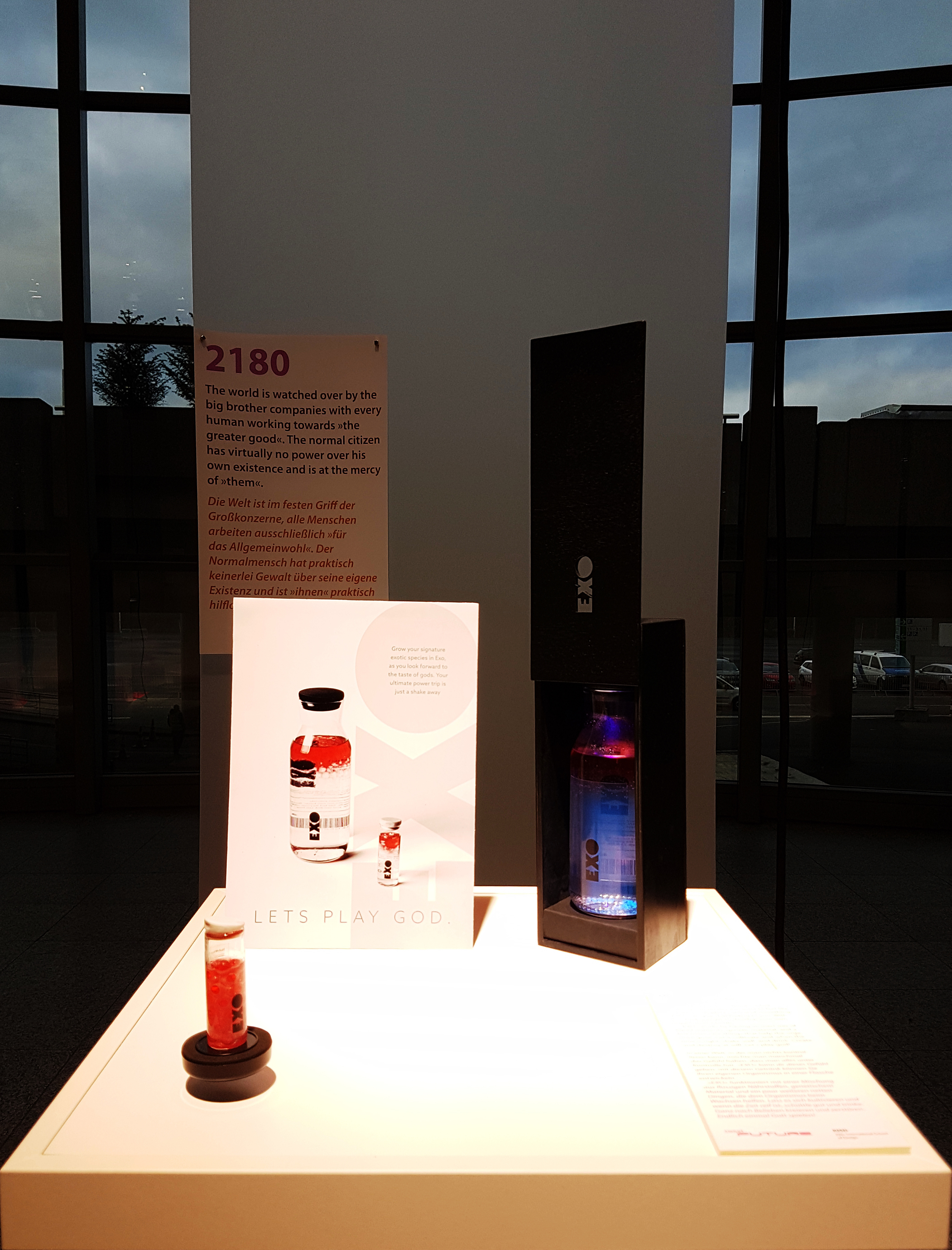 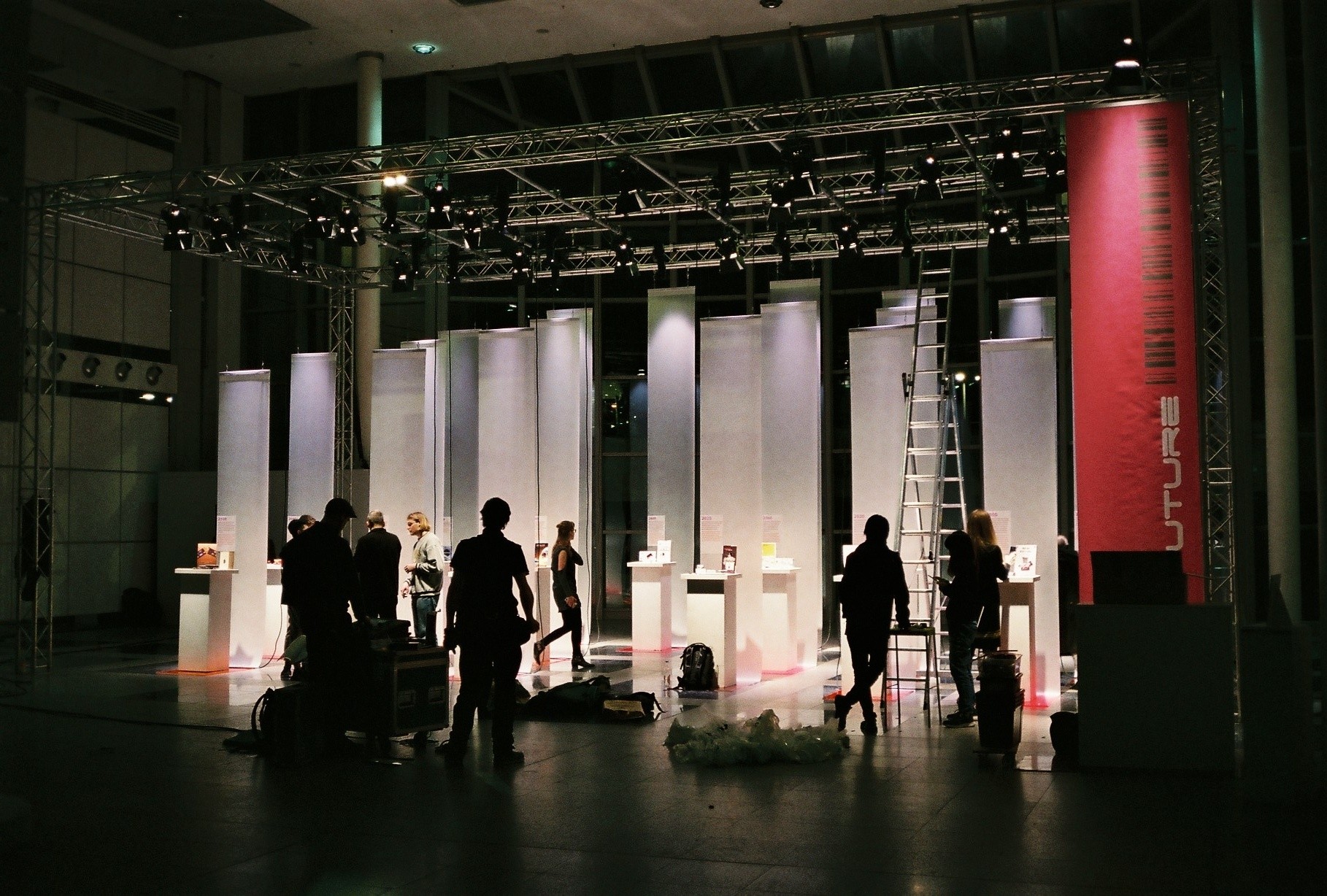 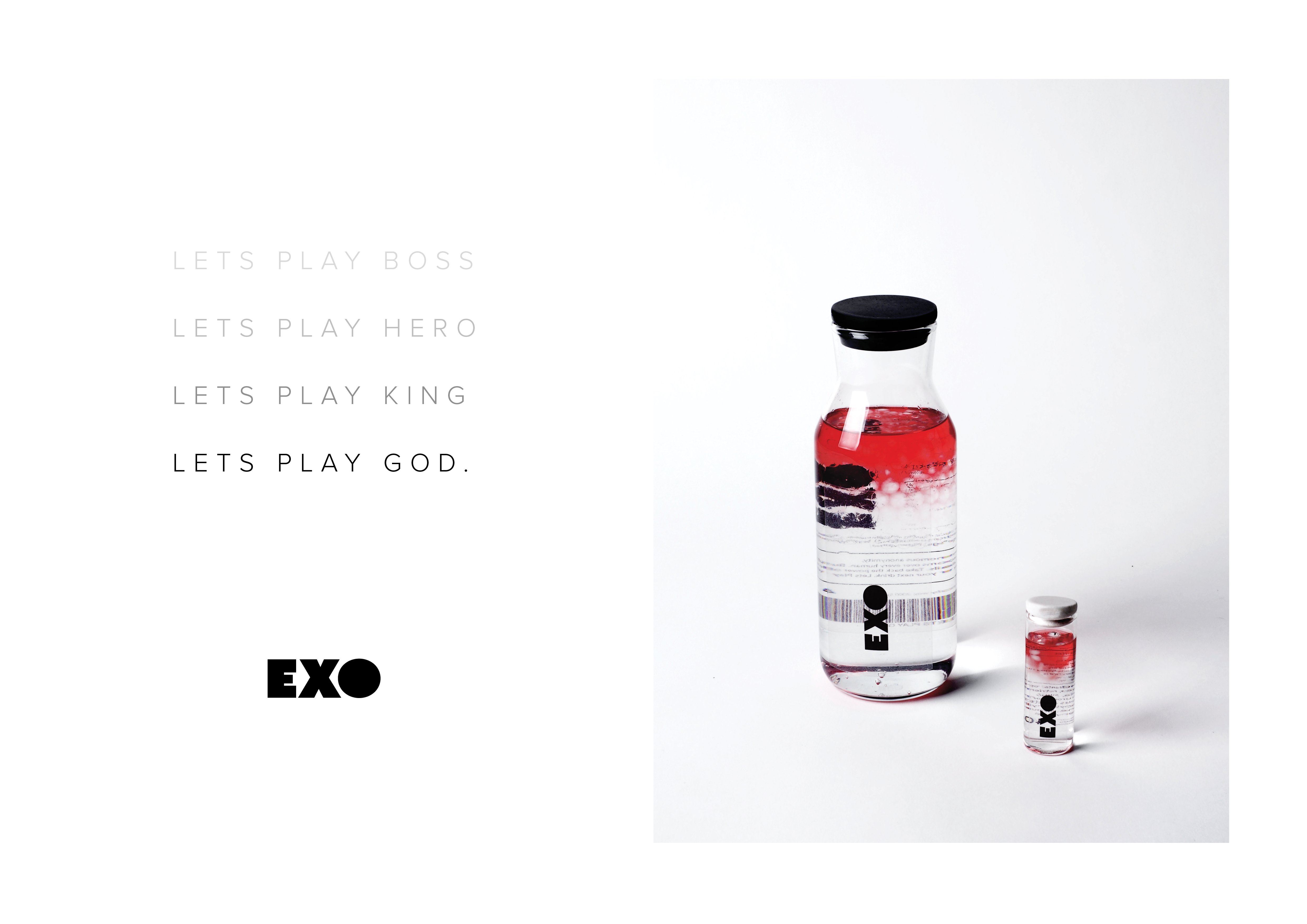